Lolita Carrico
A certified nutritionist and self-taught chef with a love for entertaining and experimenting with food, Lolita Carrico created Ketology after struggling for years with her own hormonal changes and weight gain. After having two children, she found that managing her weight and moods became more and more of a struggle. After researching the ketogenic diet thoroughly and understanding the science and nutritional aspects, she began her keto journey in 2018. Within three months, she shed 25 pounds and her mood improved, focus sharpened and her energy was through the roof. Four years later, she has maintained a 65-pound weight loss and has learned to intuitively follow a balanced keto lifestyle without sacrificing a thing!
Jump to Recipe Print Recipe

I’m a New England girl – though I now live in Los Angeles, my childhood was spent in Connecticut and Massachusetts which meant lots of clam bakes, crab cakes, lobster, and other delicious seafood on every corner. Clam chowder in a bread bowl was one of my favorite decadent meals – however loaded with potatoes and stuffed into a sourdough loaf, that’s not going to fly these days for me. This keto clam chowder recipe – made in the Instant Pot is a satisfying low carb alternative to this classic soup.

The Instant Pot is a must-have in my book – a cross between a slow cooker and a pressure cooker, there are unlimited ways it comes in handy in the kitchen—I use it for making batches of hard boiled eggs, for soups and dips and for making homemade bone broth. One of my favorite one pot keto meals is my Low Carb Beef and Broccoli which is delicious and simple in the Instant Pot.

I have this one which can be found on Amazon, however right now for the holidays, Costco also has a great deal on a 6 qt. Instant Pot.

Back to the keto Clam Chowder recipe – I substituted cauliflower (surprise, surprise!) for potatoes and combined with the heavy cream, herbs and chunks of fresh clam, this is a Sunday favorite in our house.

You can store the keto clam chowder in an airtight container in the fridge for 2 - 3 days. 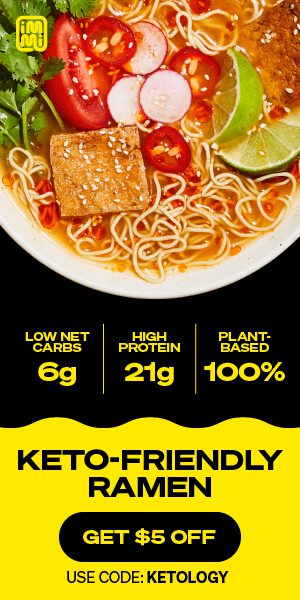