Lolita Carrico
A certified nutritionist and self-taught chef with a love for entertaining and experimenting with food, Lolita Carrico created Ketology after struggling for years with her own hormonal changes and weight gain. After having two children, she found that managing her weight and moods became more and more of a struggle. After researching the ketogenic diet thoroughly and understanding the science and nutritional aspects, she began her keto journey in 2018. Within three months, she shed 25 pounds and her mood improved, focus sharpened and her energy was through the roof. Three years later, she has maintained a 55-pound weight loss and has learned to intuitively follow a balanced keto lifestyle without sacrificing a thing! The world of living Keto has evolved rapidly over the last year, with literally hundreds of products flooding the market to cater to the growing number of Keto enthusiasts. I’ve always been a fan of Swerve’s sugar replacements – I use them often and it’s hands-down the best sugar alternative that doesn’t give you the gastrointestinal side effects some sugar alternatives are known for. So when Swerve debuted their line of Swerve baking mixes, I couldn’t wait to get my hands on them. In addition to granular, brown and confectioners sugars, they now’ve added Vanilla Cake Mix, Chocolate Cake Mix, Chocolate Chip Cookie Mix AND Pancake & Waffle Mix to their, well, mix. Each coming in at around 3g net carbs per serving, I suggest you run to Whole Foods or hop onto SweveSweet.com to give these a try!

I’ve tried them all now either straight out of the box or trying one of the dozens of recipes they have on their website – I literally have stocked up on the mixes twice since I first got them because these mixes not only satisfy my occasional sweet tooth, but my teen sons both loved everything I made — I’m thrilled to give them desserts that they love without sugar!

Here’s a quick round up of what we made with Swerve Baking Mixes: These were the first mix we tested – we made these last minute for a road trip and they were simple and quick to mix and bake and insanely good. The chocolate chips do have “real” sugar – FYI – however it’s a total of 2g in the whole box.

They were dense yet chewy and the whole batch was gone well before we got to our destination. I had been eyeing their recipe for Whoopie Pies for a while and couldn’t wait to try them – in my pre-Keto days, Whoopie Pies were always my weakness.

Again, these were SUPER DELICIOUS. I likely will use less of the Swerve Confectioners for the filling next time because they were SUPER SWEET – but I’m so impressed with how these mixes rise and don’t taste like an “alternative” at all. I packed one with my son’s lunch for school one day and he said his friends all wanted me to make another batch so they could all have them. We decided to make cupcakes with these – and top them with Lemon Cream Cheese Frosting. I added a teeny bit of lemon zest to the batter and substituted the recommended oil with 1/2 butter and 1/2 coconut oil…the result was again, insanely good. I brought a few to a brunch with some of my non-keto girlfriends who refused to believe the cupcakes were low-carb and keto-approved! My sons love crepes which used to be a weekend staple for us, however since going Keto, I make them less and less. So I decided to try to make crepes with his mix by adding more than the suggested amount of (almond) milk and – once again – they were great. One of my sons prefers savory crepes so I made his with ham and cheese – and the slight sweetness of the mix didn’t affect the savory taste. He ended up eating three of them!

These are a bit higher carb at 11g net carbs per serving, so they are a bit more of an occasional treat. Or, you can go the crepe method which essentially cuts the carb count by 1/3! 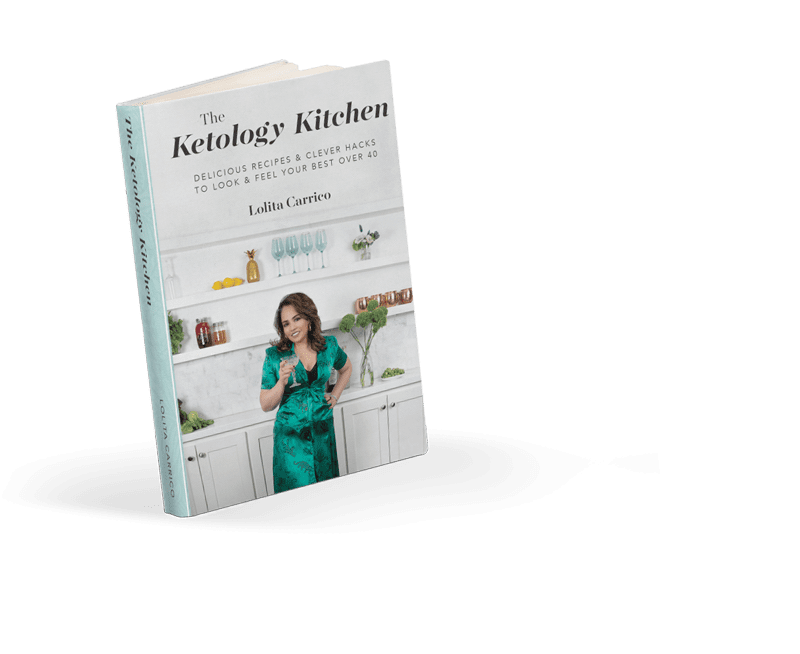